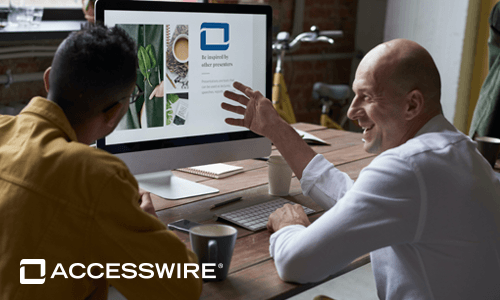 Anyone who has ever planned a wedding has likely sent out “Save the Date” notifications to family members and friends, usually followed by either an invite to the happy couple’s nuptials, or a post-wedding announcement to those who were unable to attend.

Writing a partnership press release is essentially the business world’s equivalent of a wedding announcement.

In this article, we will cover the importance of the partnership announcement, and detail the formula that goes into writing a partnership press release.

The Importance of a Partnership Announcement

According to Bristol Strategy Inc., “By issuing a press release in conjunction with a business partner, your company receives significant implied referral value from that partner. This helps to build perception for your brand among your business partner’s network of customers and prospects, which may be an audience that your company would not otherwise reach.”

Nowhere is this reason more valid as it is when a lesser-known brand manages to partner with a well-known brand or organization. The more familiar people are with your business’s partner, the better your company will look to your target audience in your partnership press release.

G2 further explained on the importance of a partnership announcement. “By aligning your values, you’ll be able to communicate to your customer base exactly what they can expect. What’s even better is that both brands can leverage one another’s audience to secure even more exposure.”

For instance, smaller businesses can benefit from becoming a partner of a Fortune 500 company, simply by becoming a customer and/or using the more well-known company’s services or products. To seal the deal, you can share that news with the world via press release distribution, adding the announcement to your website, and by sharing through your social media posts.

Businesses can also form mutually beneficial strategic partnerships with their vendors, suppliers, credit card companies, and banking institutions that ensure their customer service is top-notch and as convenient as possible for consumers. These such partnerships can also result in discounts for bulk orders or co-branding considerations.

How to Write a Partnership Press Release

Stage one: The message

The first goal to establish before you begin writing a partnership press release is to figure out the “what” and “why” of your alliance. On these topics, you should be as specific as possible, using straightforward language.

“What” should cover the details of the agreement, i.e., “what we will do together,” “what is special about this partnership,” “what the partnership provides to consumers,” and so forth.

The “why” includes, “why was this partnership decision made,” “why do consumers need such a partnership,” and “why are you partnering with this other company.

The “what” and “why” questions should be answerable by both organizations involved. Some of the questions can be integrated into direct quotes within the press release, which you should definitely include.

From a distance, this seems like an awful lot of information for just one press release, but the partnership announcement should be as thorough as possible, and with Unified Messaging.

Additionally, there should ideally be only one press release, with both parties agreeing to the message. Having two press releases that say different things can diminish the impact of the partnership announcement.

Now, you’re ready to develop the architecture of your partnership press release.

As we have covered in a previous article, the length of a press release should always be as short and succinct as possible. In the case of a partnership press release, there’s no room for talking about things that aren’t necessary – after all, you are writing about two companies, not just one.

The best way to understand how to put all the elements in order is to give a demonstration. Therefore, we will create a fake press release with company details we have made up. Let’s get started.

This element should have both companies mentioned, with each word starting with a capital letter (except for “the,” “and,” “but,” “to,” “a,” “an,” and other articles and conjunctions). Example:

Here is where you will explain the “who,” “what,” and the “when,” with the “what” being stated as simply and directly as possible:

FakeCompany, a global manufacturer of four-sided shapes, and MadeUp Inc., a north American distributor, today announced a partnership designed to create and distribute an industry-first and innovative new design product, The Triangle.

This paragraph will provide more detailed information about the new Triangle product, the why/how it would benefit consumers, and where the product will be manufactured and distributed:

The Triangle development is a result of the incredible success of and consumer demand for FakeCompany’s 2019 release of its Rhombus Tool, which allows users to design 2D and 3D artwork that displays depth and length. The 2D equilateral Triangle consists of shapes with only three corners, each of which bends at 60 degrees, thus allowing users to create sharp corners smaller than 90 degrees for the first time. FakeCompany will manufacture the Triangle at its Raleigh, NC facility, while MadeUp Inc. will be responsible for delivery logistics after expanding its reach beyond North America to a global distribution network.

Again, the “what” is included, but the details are expanded. The second paragraph also contains the user benefit that this new product provides 3-sided shapes. Finally, the paragraph concludes with information that highlights MadeUp Inc.’s recently expanded delivery area.

4. The Third and Fourth Paragraphs

The next two paragraphs are devoted to quotes, first from the first referenced company in the headline and first graph, and then a quote from the second-referenced business. These quotes should convey some enthusiasm, excitement, and a forward-looking optimistic tone.“

I am incredibly proud of our shape creation team who devoted years of hard work and dedication to this project, which I predict will revolutionize not only the architectural industry, but also the way kindergarten teachers help their students learn about shapes,” said Sandra Bullock, President and CEO of FakeCompany. “When you consider how much The Triangle will benefit countless transportation department sign makers around the world looking for the perfect shape for their yield signs, you begin to understand the impact this invention will have on everyone, everywhere. Additionally, we are thrilled to partner with MadeUp Inc., and we are fortunate to work alongside such an up-and-coming distributor!”

“When we were first approached by FakeCompany about their distribution needs for this incredible new shape, we realized that we were being given a once-in-a-lifetime opportunity to be part of something that had the potential to truly change the world,” said Homer Simpson, President of MadeUp Inc. “For years, we had been wanting to build our distribution capabilities beyond what we had established throughout North America, so to be able to join forces with FakeCompany, and make billions of architects, kindergarteners, and sign makers around the globe happy, we were all in. We look forward to partnering with the best shapemaking company of all time and delivering The Triangle to customers worldwide.”

These two corporate leaders sound as though they are about to drop the biggest thing since sliced bread on people who can’t wait to get their hands on The Triangle. Such enthusiasm will benefit both companies who want to open themselves to new industries, and their comments serve to project positivity and excitement.

This typically final paragraph (although you can have two, if absolutely necessary) should offer lingering essential details not covered in either paragraph one or two. Here, FakeCompany and MadeUp Inc. provide specifics on when customers can expect to be able to purchase The Triangle, where they can find the new product, and what Manufacturer’s Suggested Retail Price (MSRP) will be:

The Triangle will go on sale at midnight on Friday, November 25, 2022, at retail outlets around the world. Pre-orders will begin online at www.FakeCompany.com/-order-the-triangle beginning November 1, 2022.

Allow 10 days for delivery to North and South America, and 15-18 days to all other regions. The Manufacture’s Suggested Retail Price will be $19.99 USD, plus tax and shipping. For more information, visit www.FakeCompany.com.

You will use both partners’ usual boilerplate paragraphs at the bottom of the partnership press release. Once again, the first-mentioned company’s boilerplate info will be listed first, and the second company referenced will have its boilerplate just after that.

If either company in the partnership announcement is a public company, there should be the usual forward-looking statement paragraph; if both companies are publicly traded, both companies should develop new verbiage for a single paragraph just below the boilerplates.

Partnership press releases only slightly resemble any other kind of paragraph and have a definite order to which you should adhere. The collaboration between both companies is essential, to ensure that the messaging contained in the partnership announcement is smooth and interesting enough to entice journalists and media outlets who might want to cover your news.

Once both companies have agreed to the verbiage, either through its executive leadership team or via either company’s legal department, you’ll be ready to share your news with the world. When you reach that stage, consider using ACCESSWIRE for your press release distribution! To request your complimentary demo of our platform, click here.

Previous
A Guide to Creating a Brand Awareness Strategy
Next
What Is Reputation Management?

Todd
Previous
A Guide to Creating a Brand Awareness Strategy
Next
What Is Reputation Management?