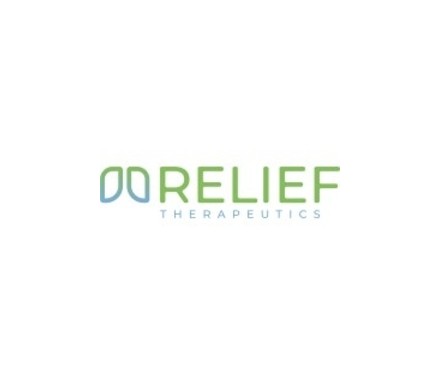 Relief Reports US Collab. Partner Announces Submission to FDA seeking EUA for Aviptadil for Pts at Immediate Risk of Death from COVID-19 Despite Treatment w/Remdesivir, Other Approved Therapies

GENEVA, SWITZERLAND / ACCESSWIRE / January 6, 2022 / RELIEF THERAPEUTICS Holding SA (SIX:RLF, OTCQB:RLFTF, RLFTY) (“ Relief “), a biopharmaceutical company seeking to provide patients therapeutic relief from serious diseases with high unmet need, reported today that the parent company, NRx Pharmaceuticals, Inc. (Nasdaq: NRXP) (“ NRx “), of its collaboration partner with respect to aviptadil, NeuroRx, Inc. (“ NeuroRx “) has announced that it has submitted an application to the FDA seeking emergency use authorization (“ EUA “) for the use of aviptadil to treat patients with critical COVID-19 who are at immediate risk of death from respiratory failure despite treatment with approved therapy including Remdesivir and who are ineligible for enrollment into the ACTIV-3b NIH-sponsored trial. The related NRx press release can be accessed through the following link .

Relief also updated the market on recent activities in its pending lawsuit against NeuroRx and NeuroRx’s CEO, Jonathan Javitt (collectively, the “ Defendants “), relating to the parties’ collaboration agreement with respect to the development and commercialization of aviptadil. Relief reported that the Defendants have filed two motions with the Court: (i) a motion to dismiss seeking the dismissal of Jonathan Javitt from the case for lack of personal jurisdiction, or, in the alternative, on the merits, and (ii) a motion to strike certain statements made in Relief’s complaint. Relief has begun its review of the defendants’ filings and will respond at a future time in an appropriate filing with the Court. While there can be no assurance, Relief remains confident in the statements made in its complaint and in the validity of its claims against NeuroRx and Jonathan Javitt. Relief also reported that its previously announced mediation with the Defendants seeking to amicably resolve the litigation is currently scheduled for late February 2022.

Relief focuses primarily on clinical-stage programs based on molecules with a history of clinical testing and use in human patients or a strong scientific rationale. Relief’s lead drug candidate, RLF-100(TM) (aviptadil), a synthetic form of Vasoactive Intestinal Peptide (VIP), is in late-stage clinical testing in the U.S. for the treatment of respiratory deficiency due to COVID-19. As part of its pipeline diversification strategy, in March 2021, Relief entered into a Collaboration and License Agreement with Acer Therapeutics for the worldwide development and commercialization of ACER-001. ACER-001 is a taste-masked and immediate release proprietary powder formulation of sodium phenylbutyrate (NaPB) for the treatment of Urea Cycle Disorders and Maple Syrup Urine Disease. In addition, Relief’s recently completed acquisitions of APR

RELIEF THERAPEUTICS Holding SA is listed on the SIX Swiss Exchange under the symbol RLF and quoted in the U.S. on OTCQB under the symbols RLFTF and RLFTY. For more information, visit www.relieftherapeutics.com .

Merci
Previous
UNITS Moving and Portable Storage Ranked Among Top Franchises in Entrepreneur’s Highly Competitive Franchise 500
Next
UMAX GROUP CORP. – Lowers Authorized Common Stock
You might also like
One of the following

All stories by:Merci
Login to LA News Wire
Reset Password
Enter the username or e-mail you used in your profile. A password reset link will be sent to you by email.