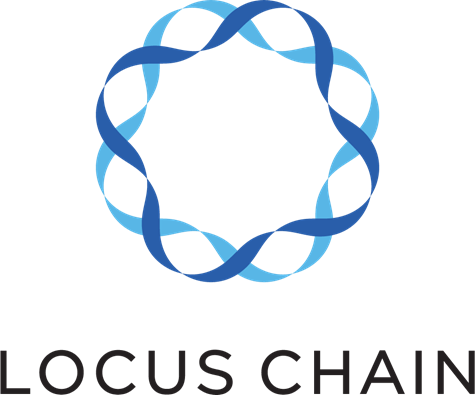 Locus Chain Expands its Team by Adding a Future Strategist, Jihoon Jeong as a New Member

NEW YORK, NY / ACCESSWIRE / September 16, 2022 / Locus Chain is a distributed blockchain system with the goal of processing at least 4K transactions per second on a decentralized network. Bloom Technology develops the company. In the recent development, the company has expanded its team by adding a future strategist and IT convergence expert as new and official team members.

Professor Jihoon Jeong helps shape the vision of strengthening the technical and business capabilities of Locus Chain. He leverages his vast expertise in blockchain, NFT-cantered business strategy, AI, and the metaverse. Not only will he introduce the potential and technology of the Locus Chain to appropriate ventures or crypto funds, but he will also produce research and academic papers underpinning Locus Chain technology in Korea and U.S. through his academic endeavors.

Lee Sang-Yoon, CEO of Bloom Technology, shared his thought on welcoming a new member of the team and said,

“We will be able to introduce the newly evolving future NFT and metaverse platform on the Locus Chain soon together with Professor Jihoon Jeong. He is an expert on blockchain and NFT/metaverse with significant influence in the industry.”

The team has focused solely on how much synergy the union between Professor Jihoon Jeong and Locus Chain will create.

In addition, Locus Chain is a blockchain technology that can be adopted in the IoT field where unlimited global use and microtransactions occur. An “ideal blockchain” since it operates on ultra-low-cost nodes that can be used on mobile devices. The developer Bloom Technology is expected to launch various projects in gaming, the metaverse, the medical industry, the public sector, and the smart city to achieve practical use of public blockchain without obstacles and limitations.

“Recently, Locus Chain announced to the world what it can achieve in the future through the game version of the mainnet GameChain, which allows users to operate online games without a server. It is one of the pieces of evidence that shows how the Locus Chain can change the world in various industries.”

Professor Jihoon Jeong served as the head of the Institute of Life Science and Technology at Woori Hospital, as the head of IT Convergence Research Institute at Myongji Hospital at Kwandong University, and as a professor at Kyunghee Cyber University.

Being a convergence expert and future strategist in various fields and with his excellent knowledge in IT, business, and future strategies, he has been a columnist at CoinDesk. He is an advisor to blockchain-related companies, including Kakao Entertainment, LG Electronics, and SK Group.

Furthermore, the most recent activities of Jihoon Jeong include serving as a future trend and strategy advisor for leading domestic companies and institutions and providing the latest IT trends and prospects worldwide through lectures and columns on terrestrial broadcasters and significant daily newspaper outlets. He is also active as an investor, who successfully led several NFT projects and studies on the blockchain, NFT, metaverse, and Web 3.0 content.

During a curation lecture regarding “Web 3.0” in the Super Web 2023 hosted by online knowledge education platform MKYU (MK&You University), he strongly emphasized the significance of blockchain native education, stating that talented personnel is needed to prepare for the blockchain ecosystem.

Locus Chain is the next-generation blockchain platform developed by Bloom Technology. It offers services to achieve high performance, security, and scalability while maintaining a decentralized state. It simultaneously solves the Blockchain Trilemma, decentralization, scalability, and security,

All stories by:Tori
Login to LA News Wire
Reset Password
Enter the username or e-mail you used in your profile. A password reset link will be sent to you by email.