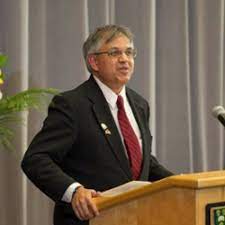 Learning More About Malaria: What We Know and What We’re Still Questioning, With Dr. Kishor Wasan

What Is Malaria, Exactly?
Malaria is spread through a bite from an infected mosquito. Malaria is caused by a parasite. The disease is common in tropical and subtropical areas but is not common in more temperate climates. People who have malaria usually feel very sick and have chills and a high fever, according to Dr. Kishor Wasan.

Almost 290 million people contract malaria each year, and more than 400,000 people pass away as a result of malaria infection. While a malaria vaccine is currently being tested in some African countries, it is not currently available on a global scale. People who are traveling to areas known for high rates of malaria infection may choose to take medication to prevent malaria, to use bed nets that are treated with insecticide to ward off mosquitoes, or to wear protective clothing.

Why Mefloquine And Artesunate Aren’t Working, According To Dr. Kishor Wasan
Usually, mefloquine is combined with artesunate to hit the malaria parasite hard. In some areas – specifically, along the Thailand-Myanmar border – the malaria parasite has mutated to become resistant to both of these medications, rendering the combination ineffective. Sadly, this means that many people who need malaria treatment are receiving ineffective treatment or no treatment at all.

What’s Next For Malaria Treatment?
It’s hard to figure out where to move from here, according to Dr. Kishor Wasan. There are already only a handful of drugs that are effective against malaria, and it can be difficult to get malaria drugs to the places that need them most. Researchers and medical professionals are working hard to develop new medications, but it’s difficult to find options that are effective against mutated malaria.